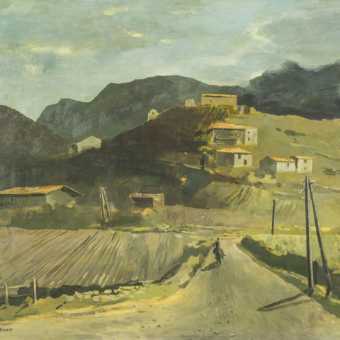 No painting by R. Oudot was returned by the Economic Recovery Service to the RMFAB, Brussels. The origin, which can be publicly consulted on the site of the RMFAB, does not correspond with the actual origin and gives the impression that the painting in question was stolen from a Jewish property holder during the Occupation. The online origin reads: bought at the exhibition Paris 1925-1935, Palace of Fine Arts, Brussels, 1935, no. 220. When the numbers are compared, it will be seen that the ERS works  (6585 to 6605) were accessioned at the same time in 1951 except for the paintings of the Renders collection which were accessioned later, after the trial.